The 5-day Study Tour in Seoul organized by the Department of Management was held between 27 and 31 of May 2019. Through the study tour, the students enhanced their understanding and experiences in different areas, including business, technology, culture, and education, in Seoul. Some of the activities are reported as follows. 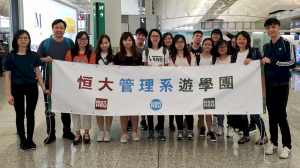 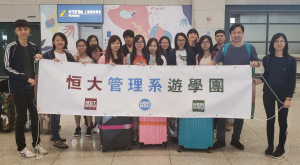 Experiencing the Life of Tomorrow at Samsung D’light

With the theme of “Live Your Tomorrow”, Samsung D’light displays the state-of-the-art technologies and services of Samsung Electronics. Students had a chance to experience Samsung’s innovative ideas about the life of tomorrow. 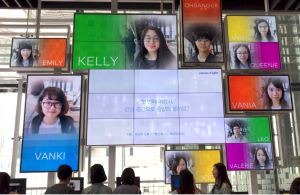 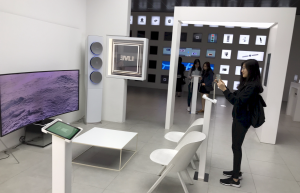 The Korean Broadcasting System (KBS) is the national public broadcaster of South Korea, which possesses three TV channels and four broadcasting channels and is the largest and most representative broadcasting station in Korea. During the visit, students saw the enthusiasm of South Korean young fans to “chase stars”. They also experienced and operated some facilities, such as watching movies in a 3D stereoscopic theater, trying cartoons dubbing, and simulating news and weather reporting, etc. 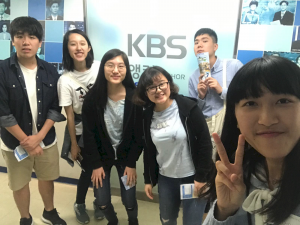 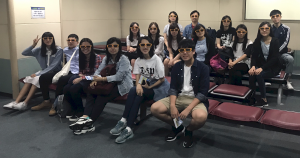 South Korea is internationally renowned for its makeup and cosmetic surgery industries. During this study tour, students had the opportunity to visit the headquarters of Amore Pacific, the leading corporation in the skin care and cosmetics industries, which possesses worldwide brands, including Laneige and Sulwhasoo. In addition to getting a wonderful reception from senior management and being led to visit the headquarters’ architecture, different product lines, and cosmetic laboratories, the students enjoyed experiencing some activities, such as the workshops for blending their own favorable perfume and identifying their own skin types. 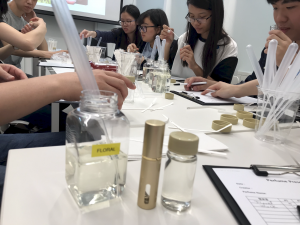 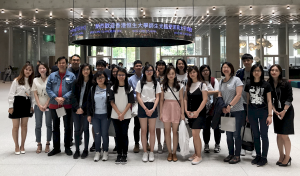 Hyundai Motor Group’s Jeonju Plant covers an area of 450,000 square meters and specializes in the production of trucks, buses, and special vehicles of 2.5 tons or above, which possesses an annual production capacity of 130,000 vehicles and is considered the world’s biggest production center for commercial vehicles. Students were generally amazed at its tidy, clean, and fully automated production lines. In such a large manufactory, only a handful of workers were needed. 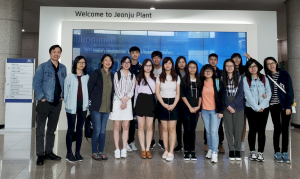 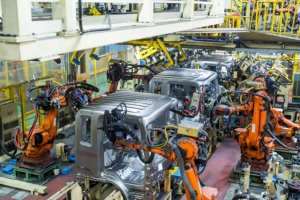 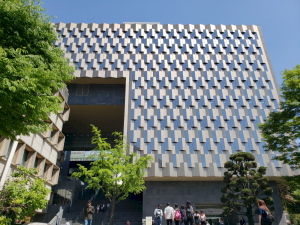 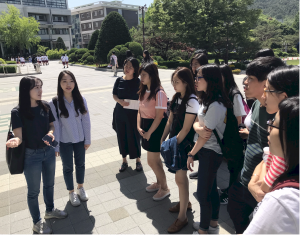